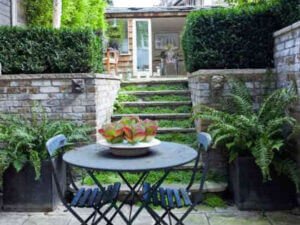 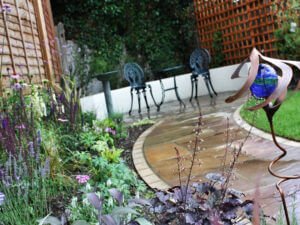 Here in sunny Kent, we’ve already had our first frost of the year. In fact, we’ve already had our second and third too. But we know that some areas of the UK are yet to feel the morning’s cold snap yet, so you lucky few have the opportunity to get your ducks in a row before Jack pays you a visit. Even those who have already woken up to white lawns and frozen windscreens can take some advice from the below:

In short, they all do. Each type of plants react differently to drops in temperature, and you can even see sub-species relate differently to the general genus. However, as a general rule of thumb, the following applies:

Tropical – These are ill-equipped to deal with a sleepy British frost, unsurprising. You probably won’t have many tropicals in your garden, but if you do and you’ve taken the precaution for potting or transferring to greenhouses; cross your fingers and keep them as warm as possible.

Annuals – Again, these won’t survive a true freeze in the form you recognise them now. However, they will seed widely and replenish once the weather warms up. It can be quite pleasing to see how your annuals change each year, from a ‘rising from the ashes’ perspective.

Perennials – Root-hardy perennials will see their greenery disappear, but the roots will soldier on and recover from March onwards. Full hardy perennials (including shrubs and trees) will go dormant and make themselves less vulnerable to frost. Hats off to these clever little plants.

Is all frost the same?

Chances are, frost is frost to most people. But to gardeners, we like to look a little closer. There are three main types and each one will have a different aesthetic:

Hoarfrost – This is the one you know and love…hate. This is the white, leafy, feathery bane of beautiful plants everywhere. Put simply, it’s the freezing of water in the air into crystals.

Rime – You’ll have seen this one before but never noticed the difference. As opposed to hoarfrost freezing water in the air, rime is the freezing of water present on your greenery. Think of it as morning dew freezing, or the mist of a frost freezing on leaves. This is more glazed than cloudy, clearer like ice cubes.

Black frost – Just like ‘black ice’ on the roads, relating to ice that you can’t see, black frost is a description of temperatures cold enough to damage plants but not to form visible frost.

What will it do to my plants?

For most plants, the impact of a frost is the same; no matter which particular type it is. Whether frost or full freeze, the damage caused will depend on how low the temperature gets and for how long. A deep freeze of -5 can do less damage than a long, light frost of -2.

Going down to -2 for a couple of hours, like in the dawn, will not harm most plants. Very tender tropicals or house plants may suffer damage, but if it’s just a morning frost which melts rapidly; you’re normally safe.

Going down to -4 for more than a couple of hours can be fatal to many plants. It will undoubtedly damage foliage and blossoms, lighter leaves and petals, gentler strains of plant. The killing blow comes from ice forming inside the plants, rather than on the outside. Farmers can expect crop damage.

Going below -4 for an extended period is very worrying for gardeners who haven’t prepared. When you see frost before bed and it’s biting cold, you can expect to find some extremely wounded plants come the morning. The damage here is caused by desiccation.

Now that you know all about frost, stay tuned for how to fight it…