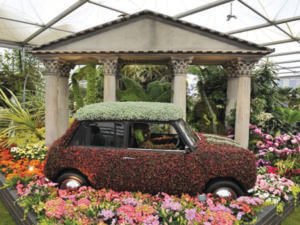 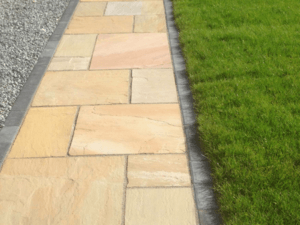 Which paving stone is right for your garden?

Spring is the natural season of gardening and of our great flower shows, but the quasi-reliability of summer is what attracts thousands of overseas visitors to our fairs. Continuing from our post last week covering the best shows to visit during spring, we look further forward to the events we can get excited about for when the days get longer and the weather gets warmer.

This new show already has quite a buzz about it, no doubt thanks to its setting in the stunning grounds of Chatsworth House, Derbyshire. The show’s overarching theme for 2017 is ­Design Revolutionaries, highlighting designers such as Joseph Paxton, but also including today’s generation.

There is to be a grand inflatable conservatory, inspired by Paxton’s original at Chatsworth. Inside will be the ­floral marquee and a celebration of Chatsworth and its links to the RHS. The site is large, second only to Hampton Court, and the RHS are anticipating around 85,000 visitors. There will be around eight show gardens and eight Freeform gardens, the latter being gardens around installations (rhs.org.uk).

A new name on the list but from an old hand, Therese Lang, West Woodhay comes from the same creative mind behind Cottesbrooke Fair. West Woodhay will focus on hand-selected and unique species, with a smart and chic feel to it. The venue is a private garden, so take your opportunity in what promises to be an exciting first year for Newbury: westwoodhayfair.co.uk

This is actually the largest of all the fairs in this country, boasting more than 70 exhibitors. With a focus on rare and exceptional species, this fair is celebrating its 19th rendition as the most European of the English fairs. You can find the weird and wonderful of the plant world, but also lots of accessories, equipments, ornaments and more: cheniesmanorhouse.co.uk

Another of the largest, but this time the biggest independent show; Southport Flower Show is now more than 80 years old. The fair attracts more than 50,000 enthusiasts, families and exhibitors – one of the best in the calendar for non-gardeners: southportflowershow.co.uk

One of the latest large shows in the year – this fair takes place over two days and attracts more than 65,000 visitors. It focuses on autumn produce and is famous for breaking world records during its ‘largest vegetable showcase’ events.  Nestled within the fair is an RHS Flower Show too: threecounties.co.uk/malvernautumn