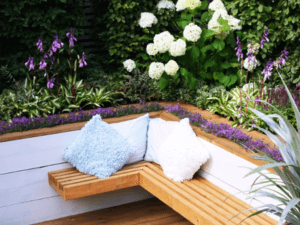 The sitting gardener – for when it’s time to relax 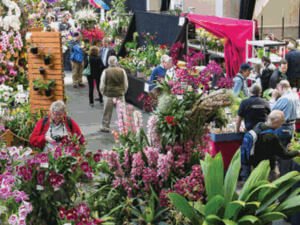 A lot of professions are guilty of not practicing what they preach – or at least not indulging in their own practice. I, for one, have been to at least three barbers in my life who fully shaved their heads…

We like to think that, as garden designers and avid gardeners, our gardens are pretty tip-top. But one thing that any green-fingered enthusiast should do, is make sure that they get out there and continue learning from the best. The easiest way to do this is to visit any one of the numerous garden shows that we’re so lucky to have here in the UK. We are a nation that loves the outdoors, and we like it to look nice, so there’ll be no shortage of events in your area; whether you’re in Kent or Kilmarnock.

The Flower Power Plant Fair is celebrating its 10th birthday in 2017 with a new opening venue in Nottinghamshire. Judy Popley, the mastermind behind the fair, takes the show to almost 20 gardens in the north; with a brief to stay casual, informal and family-oriented.

Many of the gardens will only be accessible during this fair, so take your opportunity for a rare glimpse into private greenery. Nurseries can only attend with Popley’s invitation, so there is some guarantee of the quality on-hand at the shows. 15 exhibitors per fair and 500+ visitors: : flowerpowerfairs.co.uk

The Cornwall Garden Society is one of the largest of its kind in the country, with more than a thousand members on its books. Its Spring Show focuses on more than 60 local nurseries, large and small, with a very authentic Cornish theme. Expect more than 100 trade stands, expect daffodils and azaleas, expect lots of activities for young gardeners: cornwallcornishgardensociety.org.uk

Organised by the North of England Horticultural Society, these shows are run as charity-led events and are very focused on the support and celebration of horticulture. These shows have previously been voted as some of the best shows in the country, with autumn shows following later in the year and focusing on vegetables. Spring focuses more on flowers and this year will boast novice classes: flowershow.org.uk

Toby Buckland and Country Gardener magazine combine forces to host this festival, now running for the fourth time. There is a very summery sense, despite the month, as Toby himself states that “summer starts early” in Devon. There are lots of seminars from experts and celebrities, but the atmosphere is accessible and entertaining – not academic. It is a festival after all, and attracts almost 10,000 visitors with food and drink amongst the traditional horticultural attractions. This year boasts a VIP tent: tobygardenfest.co.uk

The final large show of Spring is also the largest flower show in the world. Undoubtedly the most famous, The RHS Chelsea Flower Show is now more than a century old and sets the trend for gardening and horticulture. It runs for five days and attracts more than 150,000 people, many of them stalwarts who attend every year without fail. If not a gardener’s Mecca, at least a necessary pilgrimage: rhs.org.uk