Summer Holidays for the Garden Lover 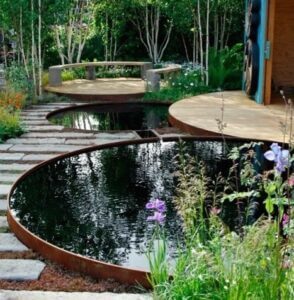 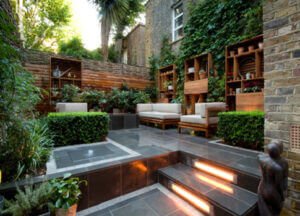 Back in rainy April we wrote a post about the Best Public Gardens in Britain – which stretched from Dorset to Yorkshire. We’re lucky enough to live and work in a country which puts so much emphasis and focus on the outdoors, but the world is a big place. If you’re looking to see some international gardens and landscapes during your summer holidays, you could do worse than consider the destinations below:

Just outside Santa Barbara is one of the most bizarre gardens you are ever likely to see – Lotusland. The brainchild of a mildly successful Polish opera singer during the early 1900s, Lotusland is made up of more than ten gardens of different themes. Taking hours to stroll through, Lotusland was created over four separate decades and is described as both incredible and personal, mind-boggling and beautiful.

In the south of Holland, the town of Lisse is home to the second largest flower garden in the world and is said to contain more than 7 million tulips. Anybody who has flown over the Netherlands will be able to testify to the beauty of large tulip gardens scattered across the countryside, but Keukenhof is something completely different. This Dutch garden spans almost 80 acres and dates back to the 1940s, built in 15th century grounds.

The Château de Versailles is perhaps one of the better known international gardens, renowned for its vanity and glory – reflecting its commissioner Louis XIV. Designed in the 17th century and spread across 250 acres, the gardens of Versailles are intended to magnify the castle and the King’s ultimate rule. There are few gardens in the world which combine so many different themes and features within a single area and Versailles is one of the most complete garden experiences of them all.

If Keukenhof is impressive in its size, the Dubai Miracle Garden will take your breath away. In one of the most unlikely landscapes imaginable, the largest flower garden in the world is spread across more than 72,000 sq metres and is home to more than 40 million flowers. One of the most impressive aspects of the Miracle Garden is that the plants will be changed every year, to encourage tourists ti come back and experience new flowers every year. Can you imagine the effort involved…