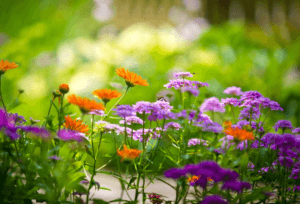 The Heatwave & Your Garden 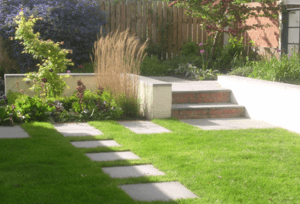 Unless you’ve been living in a cave for the last few years, you’ll have noticed that many winning garden designs have exhibited some Japanese influence. From the full tranquility of far eastern escapes to the influence of individual plants and design elements, there can be no denying a growing trend in looking to Japan for inspiration. Its success is largely attributed to its serenity, dramatic colour and structural appeal. The British climate is, obviously, very different to the Japanese; but that doesn’t always better. Let’s have a look at what can be achieved on our shores…

Japanese gardens are the opposite of electric. Their simplicity is part of their ability to create a sense of calm and peace, often with large open spaces between planted areas. This helps to create the effect of a bigger garden, so choose a few species that you’re keen on and that complement the Japanese effect; and use them sparingly.

Obviously the dramatic backdrop of Japanese countryside, hills and lakes makes this a little easier; but if you have a great view then consider framing it with Japanese maples. Outlook is very important in a Japanese garden, so be sure to get creative with lines of sight to leverage the eastern tendency of ‘borrowing’ from the landscape.

Don’t be tempted to dress everything in terracotta otherwise you’ll risk losing authenticity. Hard landscaping can include lots of types of sand, rocks, gravel and stepping stones. You can also create borders, paths or sheltered areas with bamboo tied together.

Resist the urge to try and curb the growth of moss. In fact, you want to encourage its spread into corners, gaps and nooks of the garden. The use of moss is particularly prevalent in Japanese temple gardens, which exude an era of almost-wilderness. The effect that you’re looking for is a well-tended garden that nature is attempting to reclaim.

Lastly, and this goes without saying, Japanese gardens are noted for their calming, tranquil and serene atmospheres. So bear this in mind during every choice of furniture, plant and colour. If it’s too garish or dramatic, it will detract from the Japanese effect. Your garden should be a space for contemplation when designed in this style, look to the tea and temple gardens for inspiration. It should feel otherworldly, a bastion of peace and quiet even in the centre of cities or busy neighbourhoods.