Eden Restored: The May Crop 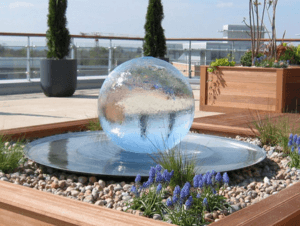 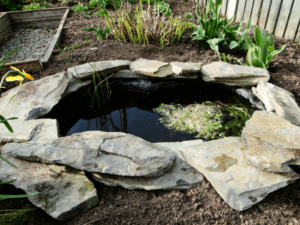 The Benefits Of Garden Ponds & Pools

The recent Bank Holiday weekend gave us all hope that summer may be sneaking out from the early spring, but we have to remember that planting isn’t always dictated by weather and temperature. Germination periods rarely change by climate, so being vigilant with when, what and where we plant can be vital to achieving the perfect garden. There’s also going to be a lot of groundwork to do, are you ready?

We’ve been talking about spring-flowering trees and shrubs a lot recently and throughout May, you’ll be seeing some results of your timely planting. There’ll be some production by now from your shrubs, ranging from chaenomeles and pyracantha to kerria and ribes. As soon as they start to flower, you need to be pruning them immediately to encourage new and hardy growth throughout the season. Trees planted within the last month or two will also need very close attention and watering, to ensure a maximum range of health in the early stages of development. The work you put in now will define the structure, height and hardiness of the greenery in later years.

No doubt you’ll have seen hanging baskets popping up on your street during these past few weeks, but don’t jump the gun when exposing your baskets to the elements entirely. You should be planting your baskets around this time, but leaving them in a sheltered spot for a week or two before taking them completely outside. Giving them this short period of time to adapt to the new soil and environment, perhaps hanging in a shed, summerhouse or under an awning, will ensure that they flower beautifully and last the whole season.

One of the easiest, most reliable and most rewarding of vegetable crops to plant during May is the runner bean. The crop will soak up the warmth and moisture of the soil throughout early spring and summer, producing crisp and juicy vegetables in a couple of months time. Be prepared to harvest much more than you would expect from such small effort, so make sure you have those wicker baskets ready to gather! Once you realise how easy the runner bean is to grow, you’ll never eat supermarket out-of-season varieties again. Other fruit and vegetable jobs this month include:

We all love seeing the flowering results of our hard work, but fewer of us like getting down and dirty in the soil for the less productive tasks. The truth is that removing those threatening weeds can be as vital to your crop as the sowing of seeds in the first place, so don’t underestimate the chores listed below:

Favourite of every child around the country, sunflowers are remarkably easy to sow and maintain. Plant them where you wish them to flower and aside from ensuring that the soil remains free and treated; you can relax and watch this one produce. That’s a nice change for Spring…